Our MAG365 products are made in Europe, from the finest ingredient, in a GMP (Good Manufacturing Process) facility.

We are so excited to launch our MAG365 ionic magnesium citrate line of products with 100% customer satisfaction guarantee!  We no longer sell Natural Calm Magnesium supplements.  Find out why here.

Made in North America

MAG365 and PrizMAG are manufactured in North America -- Canada to be exact -- which not only creates jobs, but ensures quality.

Our name “MAG365” is born from the desire to promote natural products that bring health and life to individuals and to help them deal with the stresses of life.

Our Powdered Supplements are Pure

MAG365 and PrizMAG are manufactured to be magnesium supplements that are fast-acting, absorbable, and effective.

Our story began in 2006, when our founders, George & Janet Esser, started a distribution company as a new business venture, with the hope of building a legacy to one day hand over to their children.  We initially built our business as a distributor for Natural Calm Magnesium Citrate, both through e-commerce and in the European market. We amicably parted ways with Natural Calm in early 2014, and received their CEO’s blessing to make our own magnesium product to fill the void Natural Calm created when it left the European market. Enter the creation of our flagship product, MAG365!

George, one of our co-founders, believed he could expand on the idea of an ionic magnesium supplement and make a more effective and purer product — one the company could be proud to be transparent about. He created MAG365 — an original formula containing only the highest quality ingredients and formulated with a more effective pH balance, making it the most absorbable and bioavailable form of magnesium on the market.

Shortly after we created MAG365, Natural Calm went back on their blessing and sued us, claiming we copied their patented formula. We didn’t. Like most small businesses, we could not afford to take on a large company in a million dollar lawsuit, but we truly believed our product could make a difference in people’s lives and didn’t want to give that up. We leveraged everything we could to fight the lawsuit, and after 14 gruelling months, we were able to prove our formula was truly our own, and Natural Calm approached us with a settlement offer that we accepted.  (For the full lawsuit story, click here).

Since launching in Europe, our MAG365 formula has won nine awards and two commendations from recognized companies worldwide.

We have taken pride in expanding our brand and creating more exceptional magnesium products, with quality, transparency, and accessibility being our main objectives.

In 2016, we introduced MAG365 BF in Europe — the only bone formula on the market without Calcium.  (Read more about why we left out calcium here.) Our latest accomplishment is creating PrizMAG Magnesium Bisglycinate — a completely pure supplement and the only magnesium capsule on the market with no fillers or excipients.

In addition to making our packaging more sustainable and Earth-friendly, we are currently building a facility in Canada, so our North American-sold products will be made in and shipped from North America, lessening our carbon footprint.

George & Janet Esser started the company with the hope of building a family legacy, and ITL Health is now run by two of their daughters. We are proud to be a small,  family-owned, women-run company.

Our Founder and Formulator

Calm Natural Ltd. was founded in 2008 by George Esser and his wife Janet. George’s first foray into science was when he was 12 and created blueprints to build his own submarine. He taught himself everything he could about chemistry to help his project succeed, and while his dream never came to fruition, his passion for science only increased. A consultant by trade, George’s passion for solutions led him to develop a line of high quality magnesium supplements, including the only bone formula supplement on the market that contains no calcium – an important development in our calcium-ridden world. ITL Heath believes in transparency, and they stand behind their products as having not only the highest quality ingredients, but being affordable and accessible to those who seek better health. 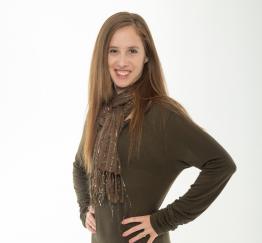